Enterprise Dr. ing. h. c. F. Porsche GmbH(aka Porsche AG), initially engaged by creation of knots and units for automobile companies, it has been based in 1931. Those years its founder Ferdinand Porsche did not reflect yet on mass production of own car. But began to do successfully it for others. Prior to the beginning of the Second World War it worked over many foreign orders, creating, for example, such legend, as KdF-Wagen (or, better to say, “Bug” — legendary car, laid down in a basis of the company of Volkswagen). Very successful workings out of Porsche concerns also so-called Type 22 — the racing car created by request of company Auto Union AG. All operating time of that time also laid down, further, in a basis of legendary cars of Porsche.

In the same years, by request of the Nazi government racing car Type 64 (also known as Volkswagen Aerocoupe), specially for race Berlin — Rome, spent in 1939 has been created. In total it has been created three Type 64 from which one escaped only — the first was lost at the very beginning of war, and the second the American soldiers who have been made dizzy by a victory and searching entertainments “wore out”. The escaped copy had time even to participate in post-war races, and is successful. Now it is in a private collection so in a company museum in Stuttgart there is only recreated copy of a body. At creation Type 64 designer actively used the same decisions, as in “Bug” — appearance and that is recognized. All it gives the grounds to consider that Type 64 became the first prototype for the future Porsche cars.
Today Germans are well known among fast car enthusiasts for the quality and history of making really excellent and sporty automobiles. 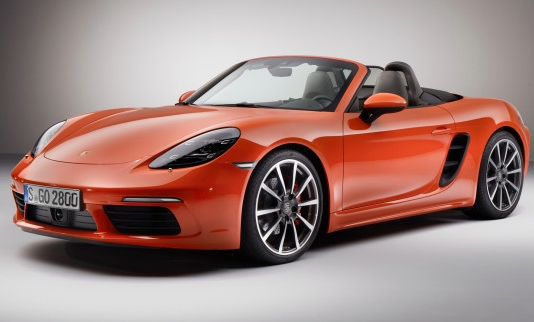 Fourth generation of the “charged” Porsche Boxster S version which received the 718 index to the name for the first time seemed to public at the end of January, 2016, and his world debut will pass in March on motor… (READ MORE)

After continuous tests, completions and thin options the manufacturer of cars from Germany presents on a showroom in Frankfurt the serial version of 918th Spyder – the car combining the enviable expense for any midget car with power of a… (READ MORE)

Here we go our next fast car for you to check out – a German crossover of Porsche Macan S which cost starts from $50k mark. The car of the given version is equipped by the 3,0-litre gasoline engine capacity… (READ MORE)

The German tuning company 9ff, specializing on creation powerful unique cars on the basis of Porsche, presented the new project — GTurbo 1200. It is not difficult to guess that in movement of super cars it is resulted by a… (READ MORE)

Porsche Panamera of Turbo S represents top all-wheel drive variant of model of Porsche Panamera. The model has been added in a lineup in 2011, together with Panamera S Hybrid, Panamera Diesel and Panamera GTS. Thus, it already the third… (READ MORE)