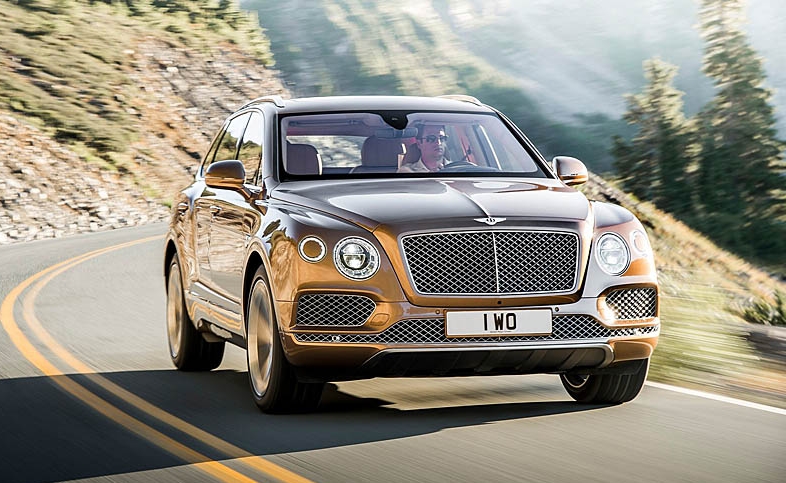 At the beginning of September the crossover from the British manufacturer Bentley Motors Ltd cars was released. The Bentayga model of 2016-2017 which is positioned by the company as the most magnificent, high-speed and powerful SUV around the world became it. Partly representatives of Bentley are right: at the moment only Range Rover can adequately compete with products of the British brand. That the novelty represents, will be told further.

Appearance of the crossover of Bentayga

Stylish, sports, magnificent – the first SUV of Bentley left really attractive. The Bentley Bentayga 2016-2017 car incorporated the best traditions of design from the British automobile concern. In front part of a car the false radiator grid of the improbable sizes is located, and behind the user to see original headlights and huge exhaust pipe.

Front and back bumpers look massive that gives to the crossover more solid appearance.

Stylish rims of the huge sizes (at least 20 inches), tires Pirelli, fantastically precisely thought over design – Bentley Bentayga will become the best car for successful people. Possibility of a choice of a body color of a car almost from 100 options cannot but please.

The bewitching and well thought over car interior from Bentley will satisfy even the most exacting user. High-quality finishing from skin and possibility of a choice of one of 15 color schemes of salon impress exactly as well as possibility of adjustment of seats at least in 9 provisions. By the way, chairs electrodrive, are equipped with everything that is necessary for comfortable travel: heating, massage and ventilation.

In baggage compartment it will be possible to receive a little table and some chairs for picnic for an additional fare, and instead of a back row of seats to order even more comfortable triple sofa. Also the system of multimedia possessing the hard drive in 60 gigabytes and capable to perceive voice commands in 30 languages impresses. For passengers of rear seats two 10,2-inch tablets with Wi-Fi, 4G and Bluetooth are provided. Also the buyer will be able to choose one of three audio systems with a maximum power of 1950 W and availability at once of 18 loudspeakers. 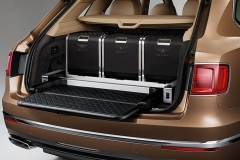 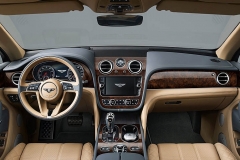 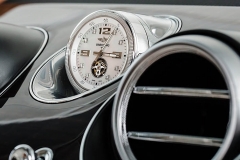 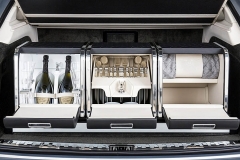 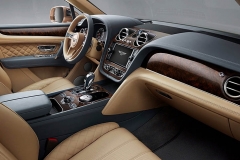 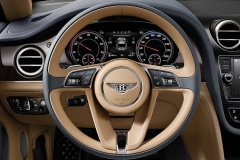 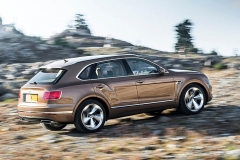 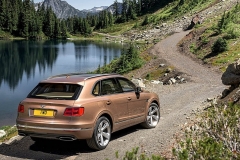 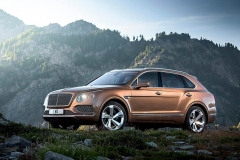 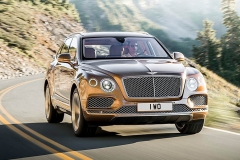 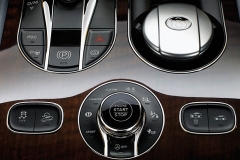 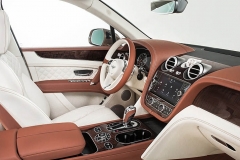 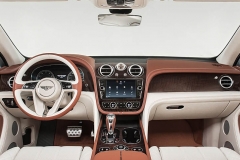 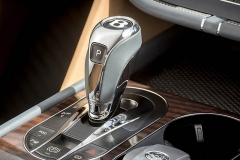 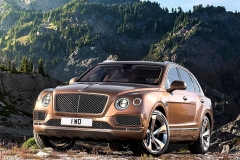 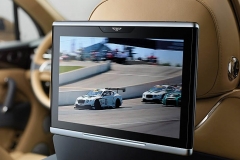 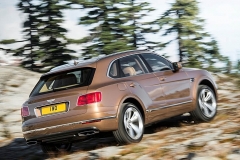 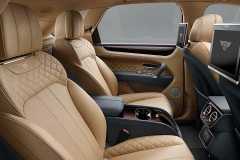 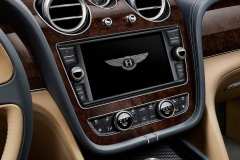 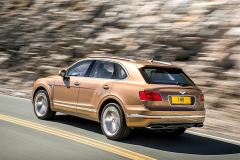 Compactness is not about a novelty of the Bentley company. The crossover will get quite impressive sizes that will allow the driver and passengers to take pleasure in a comfortable trip in salon and to take with themselves in long travel all most necessary.

Dimensions the model of Bentayga will receive the following:

Technical characteristics of the SUV

The Bentley Bentayga 2016 car will be capable to cope equally well with a driving and on street circuits, and on lack of roads. In it will promote not only its dimensions, but also impressive technical characteristics. Completely independent suspension, wheel with the electric amplifier, disk brakes with a diameter of 400 and 360 millimeters are not all technical features of a novelty of the British production. The all-wheel drive vehicle is equipped with differential of Torsen which possesses the features.

Under normal conditions the torsion torque is distributed on a front and rear axle in the ratio 40 for 60%. Under the complicated conditions to a front axle it can be transferred to 70% of a torsion torque, to the back – to 85%.
The crossover is equipped with the 6-liter W12 gasoline engine which power reaches a point of 608 horsepowers. It works in an ideal tandem with 8-staged automatic transmission of ZF. It is interesting that to 100 kilometers per hour the car will accelerate in only 4,1 seconds, and its top speed will equal to about 300 kilometers per hour.

As for fuel usage, it is hardly possible to call model economic. In spite of the fact that at a driving on lack of roads or the route the novelty consumes only 9,1 liter of fuel on each one hundred kilometers of the passable way, in city limits the consumption of gasoline grows to 19,2 liters. The volume of a fuel tank of model of Bentayga makes 85 liters.

The producer published the prices of future novelty. It is noted that the cost of sales of the Bentley Bentayga car of a model range of 2016-2017 will begin with a mark of 160 thousand pounds sterling or 245 thousand USD.